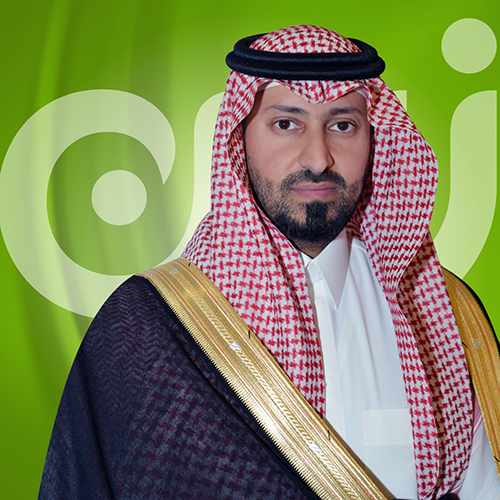 Zain KSA announced it has successfully signed an agreement for rescheduling its SAR 3.85 billion syndicated Murabaha financing facility with a consortium of eight banks on September 27, 2020. The refinancing facility is part of a previous refinancing agreement of an amount of SAR 5.9 billion maturing in 2023. The current agreement extended the maturity of the Murabaha facility to five years, ending in 2025, and refinanced it with facilities of up to SAR 6 billion. The company will draw down only the outstanding amount of the existing agreement (SAR 3.85 billion) with the remaining amount to be withdrawn later as per its business requirements (including the repayment of the outstanding installments toward the Ministry of Finance as of 2021).

Zain KSA revealed that it has been able to refinance the Murabaha facility at a much lower margin with better commercial terms which is expected to reduce the cost of the debt, improve the company’s financial performance and profitability.

Prince Nayef bin Sultan Al Kabeer, Zain KSA Chairman, said this long-term preferential extension confirms the robustness of the Saudi economy and the confidence of banks and lenders in the Kingdom's efforts to improve its competitiveness and pursue economic growth despite the challenges facing the global economy, which focused on continuing to support healthcare, stimulate the private sector, and generate jobs. He added that “these efforts have recently been rewarded as Saudi Arabia was announced as the most digitally competitive country among all G20 economies over the past three years, ranking first in the Digital Riser 2020 Report from the European Center for Digital Competitiveness.”

“This agreement is a result of productive negotiations with the local, regional and international Islamic and conventional banking community who expressed their willingness to refinance Zain with double its requirements, known as over subscription. This reflects their confidence in Zain KSA’s financial aptitude, its operational performance which has allowed it to attain unprecedented profitability levels, and its ability to meet its financial obligations,” He added.

Eng. Sultan bin Abdulaziz Al-Deghaither, Zain KSA CEO, highlighted the advantages of the rescheduling of the Murabaha financing facility which offers a two-year grace period for the reimbursement of the principal as of the date of refinancing, and a profit margin much lower than before with better commercial terms. “In addition, this agreement includes working capital facilities of one billion Saudi riyals for a period of five years (after it was SAR 647 million in 2018), which secures additional liquidity to finance the company's business growth plans.” Al-Deghaither praised the outcomes of this agreement noting that financiers competed to offer facilities that amounted to double the amount Zain had requested to cover its financing needs for the next five years, which he said is an additional indication of the financiers’ great confidence in Zain KSA.

"The rescheduled Murabaha financing will support the company in moving through with its business growth plans in the digital sector, mainly the distinctive Kingdom-wide expansions of its 5G network, in addition to the topnotch products it is offering for the business and individual segments, and its excellence in customer service,” he added.

Notably, Zain KSA has amassed a series of operational achievements over the past 12 months, having successfully rolled out 5G services across 47 cities and regions throughout the Kingdom, becoming a pioneer in expanding its 5G services across 12 out of 13 administrative regions in Saudi Arabia, according to Meqyas, the Communications and Information Technology Commission’s report. Zain KSA also announced the launch of the carrier aggregation feature for its 5G network, becoming the world’s first telecom operator to provide this service to its customers. The new feature enables superfast Internet speeds of up to 2.4 Gbps, providing a seamless experience in using the Internet of Things, playing online games and accessing online business in ways unseen before. These achievements also coincide with the international recognition Zain KSA has gained through obtaining the award for Saudi Arabia’s fastest fixed Internet from Ookla, owner of SpeedTest, the globally acclaimed Internet speeds measuring website.

Zain KSA’s internet is the Fastest in FIFA21, League of Legends, and DOTA 2

According to the Game Mode Report Issued by CITC