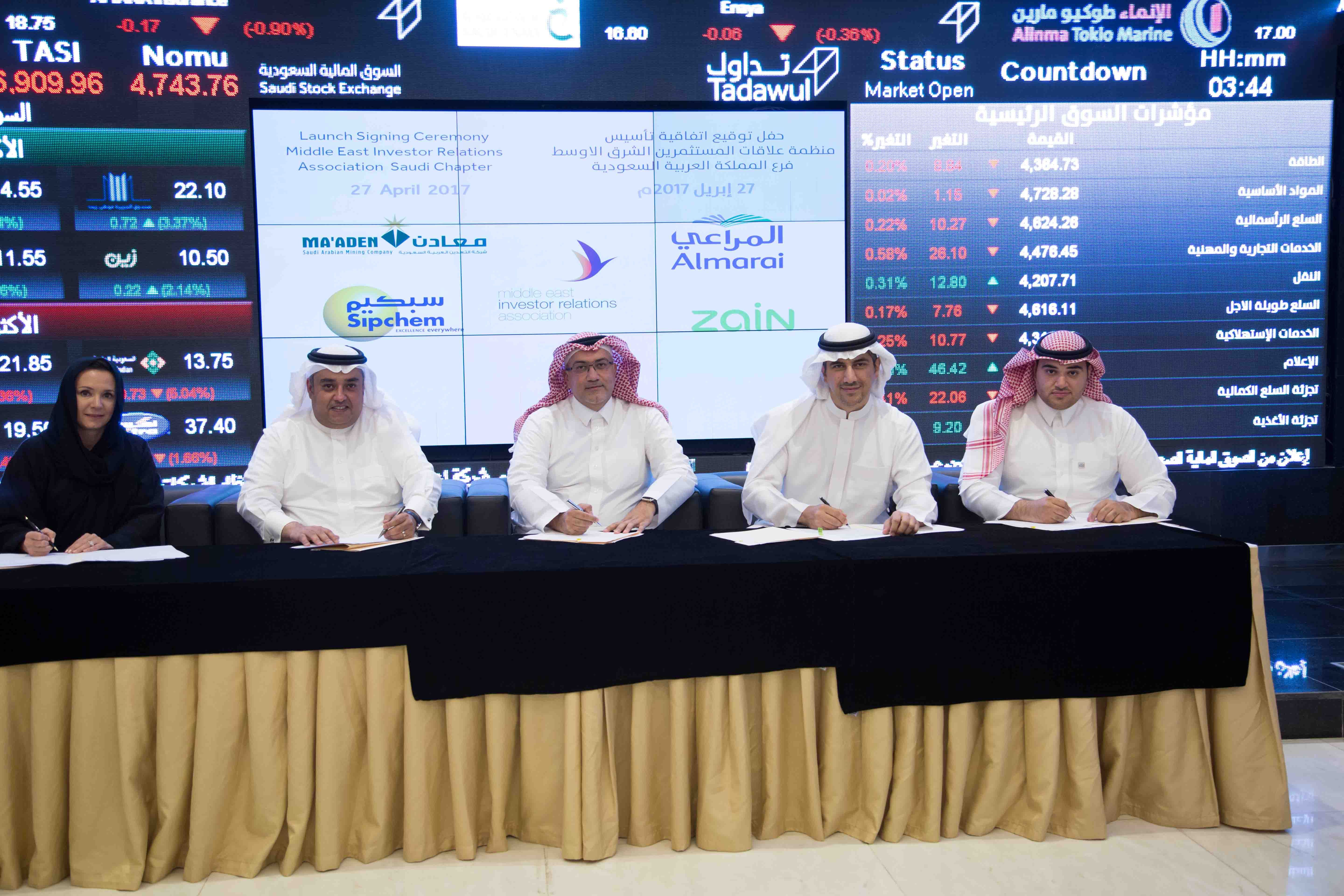 Mr. Rayan Ibrahim Al-Karawi Investor Relations Director at Zain Saudi Arabia took part in the establishment of the KSA chapter of Middle East Investor Relations Association (MEIRA) which was launched in Riyadh, supported by the Saudi Stock Exchange (Tadawul).
Mr. Al-Karawi is one of the founding Board members of the Saudi MEIRA chapter along with three other Saudi IR experts. The Association was officially launched in a ceremony which was held in Tadawul offices.
MEIRA as a not-for-profit organisation, aims to promote IR best practice throughout the Middle East. The Saudi MEIRA Chapter will help foster a culture of effective communication between listed companies, exchanges, regulators, advisers and the buy and sell side communities in the Kingdom, and to promote transparency in the market.
Following the launch, Mr. Rayan Al-Karawi said “It is well known that the Saudi market is the biggest equity capital market in the GCC, and with launching the Saudi chapter of MEIRA we have a chance to enhance our market even more by leveraging from global best practices, encouraging knowledge exchange among IR professionals and supporting young national IR specialists.”
“The establishment of this Association comes in line with the strategic objectives of the National Transformation Program 2020 and Vision 2030, especially in terms of achieving the highest levels of transparency and good governance in all sectors” Al-Karawi added.
Members of the Saudi MEIRA Chapter will now have access to a wealth of IR knowledge from global leaders in the profession and will be able to benefit from local and regional events aimed at uniting and advancing the IR community.