Skip to main content
Zain KSA’s internet is the Fastest in FIFA21, League of Legends, and DOTA 2 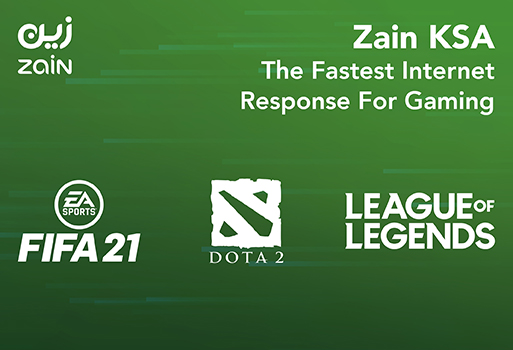 Zain KSA’s internet is the Fastest in FIFA21, League of Legends, and DOTA 2

According to the Game Mode Report Issued by CITC

Zain KSA takes the lead in the Game Mode report issued by the Communications and Information Technology Commission (CITC) for the fourth quarter of 2020 as the best video game provider in three video games: FIFA21, League of Legends, and DOTA 2.
Zain KSA’s subscribers benefitted from the fastest response time in FIFA21 with an ideal latency of 29 milliseconds, in DOTA 2 which recorded an ideal latency of 21 milliseconds, and in League of Legends with an ideal latency of 86 milliseconds. Furthermore, Zain KSA’s subscribers enjoyed the ideal latency achieved in FORTNITE and APEX Legends, according to the report.
The Game Mode report measures latency which is the time spent sending a data package (in-game processes) from the user’s device to the server hosting the game, and receiving the processed data back on the user’s device. Hence, the lower the latency falls, the faster the game server’s response becomes. As such, professional gamers are keen to subscribe to an internet connection with the lowest latency possible. For that, the internet service offered by Zain KSA ensures the ultimate gaming experience in the Kingdom.
It is worth mentioning that Opensignal, the independent global standard for analysing consumer mobile experience, has granted Zain KSA three awards: “Best 5G Download Speed,” “Best Download Speed Experience - 5G User,” and “Best 5G Availability.” Further, Zain KSA won the SpeedTest award for the fastest fixed internet in the Kingdom, granted by the global company Ookla in 2020. Zain KSA also ranked first in the “Meqyas” report issued by CITC in the fourth quarter of 2020 for the fastest fixed internet and the broadest 5G coverage in the Kingdom.

Zain KSA Signs a Memorandum of Understanding with MODON

In partnership with NVIDIA to redefine gaming experience in the Kingdom