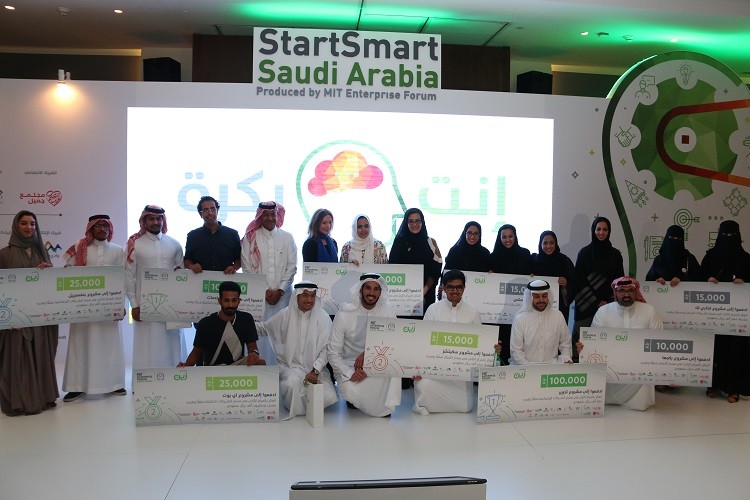 All nine teams will now advance to the 10th MITEF Pan Arab competition – which will to be held in Bahrain next month – where the best entrepreneurial ideas from across the Arab world will be showcased.

The winners were selected from the semi-finalists announced last month, with a total of 2,200 entrants this year. The judging panel of business experts and academics from Saudi Arabia and beyond assessed their business models according to the contest criteria. This included innovative solutions used to answer a concept-based, entrepreneurial, or social need; ability to expand beyond the competition itself; and making a positive impact on society.

•    In the Startup track, judges examined each entrant’s capabilities and whether they had the potential to become effective-impact entrepreneurs with strong teams, broad experience and crucially, an expandable and promotable idea.
•    In the ideas track, the entry criteria targeted creative, promotable, and expandable ideas with the potential to provide effective social and commercial solutions.
•    In the social track, entrants were asked to show their profitable social enterprise model that measures impact in the communities they serve..

MITEF Saudi Arabia was established in 2015, part of the MITEF Global network of chapters dedicated to promoting entrepreneurship and innovation worldwide, and to provide knowledge, communication, and training for entrepreneurs, enabling them to quickly turn ideas into world-changing companies. Now in its second year, is organised in partnership between Community Jameel’s Bab Rizq Jameel initiative and Zain Saudi Arabia.

The closing ceremony was hosted by King Abdullah Economic City under the auspices of the Small and Medium Enterprises Authority (SMEA), and was attended by Sofana Dahlan ‏Vice Governor of Entrepreneurship Advancement at SMEA, Mr. Fahd Al-Rasheed Vice Chairman of the Board of Trustees of Prince Mohamed Bin Salman College of Business and Entrepreneurship, Mr. Sultan AlShahrani Chief Human Resources Officer at Zain Saudi Arabia, and Mr. Hassan Mohammed Jameel, President of Community Jameel domestic.

Dr Sarah Ghaleb, Senior General Manager, Education and Entrepreneurship initiatives at Community Jameel, and project manager of the program, praised the role of government organizations and private companies in accelerating development in entrepreneurship, saying: “The slogan of MITEF Saudi Arabia is ‘You are Tomorrow’ because when we create new entrepreneurs we contribute to developing the solid foundation for tomorrow’s economy – a strong economy that is based on new innovative ideas, discovering new resources, creating jobs, and trying to provide innovative technology, industries, and products.”

Sultan bin Mohammed Al Shahrani, Chief Human Resources Officer at Zain Saudi Arabia, praised the number of teams and the level of innovation and competition shown, saying: “Zain believes in the importance of investing in young entrepreneurs, and being a strategic partner in the MIT Enterprise Forum Startup Competition is strong proof of that. We are committed to playing our part in delivering Saudi Vision 2030 by providing the latest services in telecommunications, as well as investing in Saudi talent.”

This year’s contest culminated in agreements between Bab Rizq Jameel and some of the companies that are considered leaders in entrepreneurship; and between Bab Rizq Jameel and Prince Mohammed bin Salman College through which three scholarships will be provided as well as training programs for this year’s winners. This is to recognize their efforts during the competition stages, and allow them to act as examples for other young entrepreneurs.

Participants who made it to the finals had the opportunity to participate in the Saudi StartSmart Forum, a MITEF program that aims to encourage, motivate, and guide entrepreneurs to achieve success.