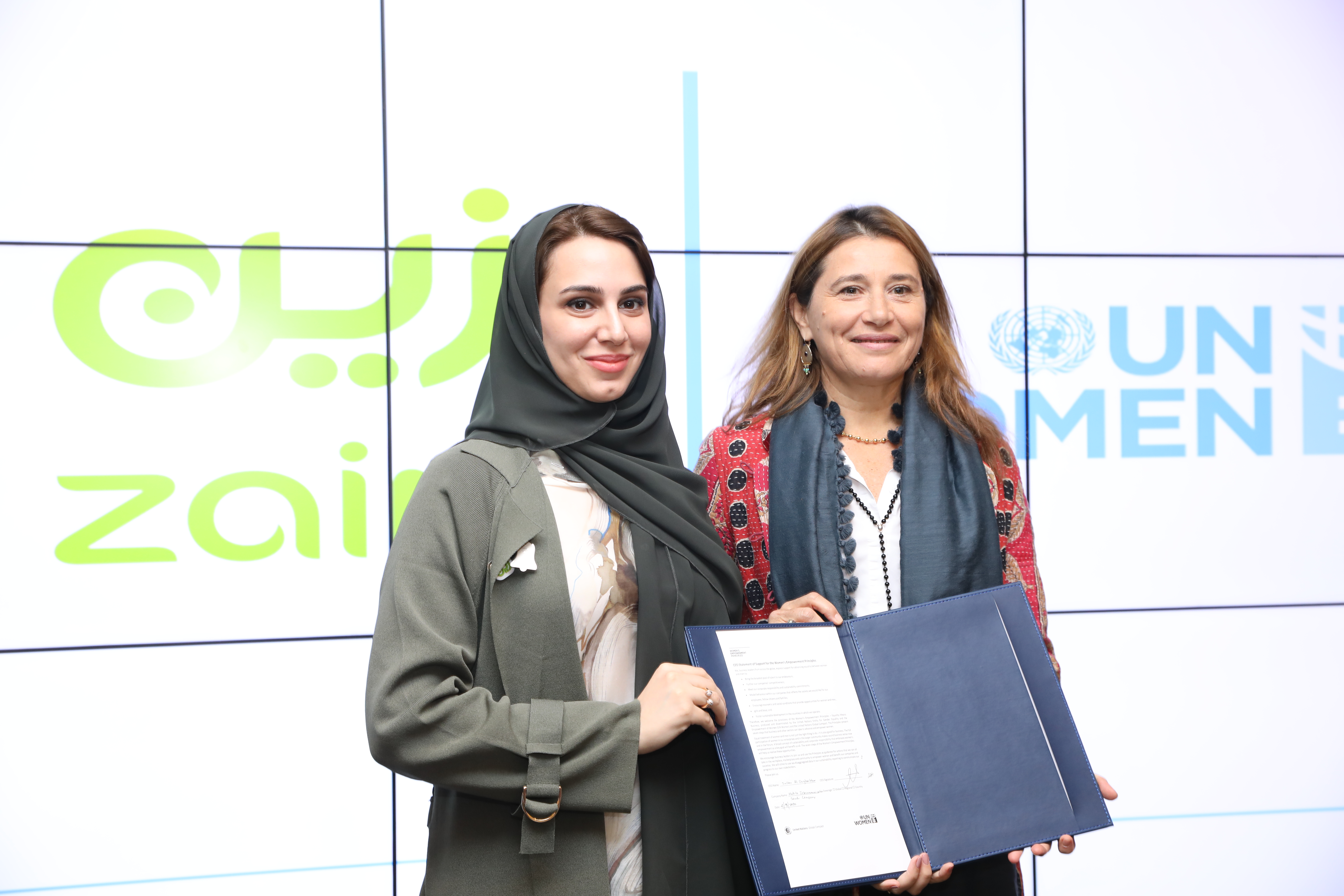 Under the theme “Our voice is your voice, and your voice is Zain”, Zain KSA has celebrated International Women’s Day through recognizing women with a unique initiative done for the first time by a telecom operator in the Kingdom of Saudi Arabia.

Under the theme “Our voice is your voice, and your voice is Zain”, Zain KSA has celebrated International Women’s Day through recognizing women with a unique initiative done for the first time by a telecom operator in the Kingdom of Saudi Arabia. The telecommunications pioneer has replaced permanently the current voices in its Interactive Voice System (IVR) with the female voice of “Roaa” for all its call center auto answer prompts that can be reached via the call center number 959. This step comes in line with the Saudi Vision 2030 and reiterates Zain KSA’s strategy seeking to achieve a well-balanced work environment offering more competitiveness and creativity through a series of decisions and procedures stemming from its conviction in the capabilities of Saudi women. Zain KSA aspires to create equal job opportunities for both genders, as well as empower women to contribute in developing the company and leading it towards accomplishing its targets through serving in impactful roles. Zain KSA has appointed several Saudi female talents in leadership positions and is continually developing initiatives that support women empowerment and enable female team members to contribute towards managing the company and enhancing its leadership position within the Saudi telecommunications sector. In recognition of those efforts on International Women’s Day, the Saudi Stock Exchange “Tadawul'' selected Zain KSA represented by its Vice President of Business Affairs Ms. Nada Al Harathi among others to “Ring the Bell” and open the stock exchange market. In this regard, CEO of Zain KSA Eng. Sultan bin Abdulaziz AlDeghaither said, “Zain KSA’s management and staff are delighted in receiving this precious gesture from the Saudi Stock Exchange “Tadawul'' which acknowledges the company’s diligent efforts in developing, launching, and implementing women empowerment initiatives and programs within its comprehensive strategy.” He added, “Zain KSA is continuously working on developing human resource policies that guarantee equality between genders creating an internal cultural shift in the company. Zain KSA is striving to go beyond providing opportunities for Saudi women by developing the leadership skills of its female employees and increasing the percentage of women leaders within the company to support one of the main targets of Vision 2030 regarding raising the participation of women in the job market from 22% to 30%. The “Ring the bell for gender equality” event is a global activation carried out in over 90 financial stock markets around the world as part of the United Nations Sustainable Stock Exchange Initiative. Tadawul is participating in this event to complement its partnership with this initiative and to promote gender equality and empower women within the financial sector among others. The International Women’s Day is an annual global event originally launched on the 8th of March 1909 in New York city, to be later adopted by the United Nations in 1975 on the same day. The international occasion appreciates and recognizes women and their numerous economic, political, and social contributions, and aims to promote gender equality on a global level.