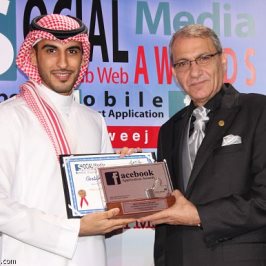 The company said that it is always working on the development of its accounts on social networking sites as it believes in the importance of communicating with customers across all interactive and popular websites the in the world, stressing that it will continue its hard work to reach an advanced positions with its services, and to enhance its subscribers experiences through all interactive communication channels.
The company added that it had launched a number of communications channels to diversify the means of communication with the users of its network to provide them with high quality service, especially with high level of importance that these sites gained among the internet users around the world.
Zain KSA" stressed  it is keen on activating its roles in communication  and social  sectors development, through its accounts on social networking sites (Facebook Zain KSA) and (Twitter @ ZainKSA), to directly communicate and provide its services to its subscribers, in addition to direct interaction with the followers of its channels.