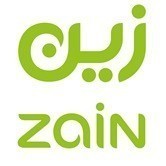 Zain KSA succeeded in having impressive interactionson its social network accounts (Facebook Zain KSA), (Twitter @ZainHelpSA - @ZainKSA), (Instagram Zain KSA), in addition to (Google+ Zain KSA). The company worked on improving its pages through social networking websites in all areas with the purpose of serving subscribers, communicating directly with them, providing them with the latest offers, as well as seeking an effective presence in all social media’s most popular applications and channels in the world.

Zain KSA’s social media accounts witnessed an 89% growth in follower numbers on Facebook and 437%on Twitter. The company has more than one million followers on all accounts, and itsYouTube channel was watched by more than 2 million viewers.These sites also witnessed a quantum leap in terms of content, which ranged from the latest technical developments, awareness messages, and messages of social responsibility.

The company also received an award last year for best designed applications on Facebook in the telecommunication sector in the Arab world in a ceremony held by the (Pan Arab Awards Academy) in the United Arab Emirates.

The company had launched a number of different interactive contests and events through its social accounts. It included a photography contest (My Wonderful World) which was held in collaboration with (Qomra) group, Ramadan photography contest which was launched in the beginning of Ramadan and continued throughout the whole month, in addition to contests during the days of Eid Alfitr, Eid Aladha, and the Saudi National Day.

It is noted that Zain KSA participated in many events and activities in 2013 that are concerned with the new media and means of social communication. Among them was its contribution as a social networking partner for (ArabNet) Forum events for the second year in a row, as  part of its permanent strategy in activating its role in the social media network on the Internet in light of the public’s increasing interest in them.