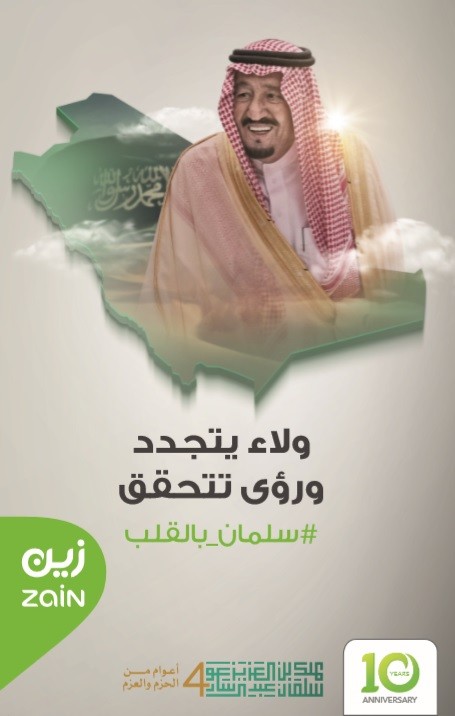 The Prince reiterated that the reign of the Custodian of the Two Holy Mosques, King Salman bin Abdulaziz has been a spectacular developmental renaissance for the Kingdom of Saudi Arabia.. He then added that “during his blessed reign, our dear kingdom has already carried out a whole slew of high-quality projects.  Plus, upon the occasion of the Pledge of Allegiance to his Highness, we are very much looking forward to the King’s expected visits to a number of areas across our beloved kingdom,. During said visits, King Salman will launch and lay the foundation stone for yet another slew of projects and identify the needs of these areas in a way that guarantees the prosperity of our dear homeland and citizens.”

Prince Nayef bin Sultan bin Mohammed also emphasized that the fourth anniversary of the bountiful Pledge of Allegiance is indeed a big deal for everyone, also adding that “The development boom that is currently taking place in Saudi Arabia is not only comprehensive and diversified, but it also paves the way for great investments and opens up opportunities for economic diversification to help implement the 2030 Vision.”

The Chairman of Zain KSA also stated that the directives of the Custodian of the Two Holy Mosques to promote a fair business environment and activate the role of the private sector, have contributed greatly to opening up new horizons for multiple economic opportunities, especially in light of the current trend to focus on investment in various sectors.

He further added that the anniversary of King Salman's pledge is a unique national event celebrated by all citizens of the Kingdom; a celebration in which they all express their warmest feelings towards a wise leader and an inspiring king. He said "Our leader, the Custodian of the Two Holy Mosques, has spared no effort to make our proud homeland and its loyal citizens achieve the highest levels of growth and prosperity. This is a pride-filled occasion on which everyone renews their loyalty pledge to our dearly beloved King, who gave everything to our homeland and its people."

Eng. Sultan bin AbdulAziz AlDeghaither, Chief Executive Officer of Zain KSA, also congratulated the Kingdom, its leadership and its people on the 4th anniversary of the Pledge of Allegiance to the Custodian of the Two Holy Mosques King Salman bin Abdulaziz. He said: ”This precious national occasion is also a celebration of the Kingdom’s remarkable projects, pioneering national programs, and its thoroughly unique Vision.”

Mr. Al-Deghaither went on to note that, on this precious occasion, Zain SA  is proud to take part in the celebration by dedicating the name of its network to this national event and launching a series of unique initiatives for its customers, including unlimited free phone calls and multiple data sources, in addition to unlimited access to social networks.

"Zain SA is determined to move forward in supporting the national economy and providing more job opportunities to national manpower, in addition to contributing positively to the provision of telecommunications and Internet services in all regions, cities and governorates across Kingdom, and supporting  the Kingdom  ICT sector every step of  the way.”

The first construction area covered by 5G in the Middle East