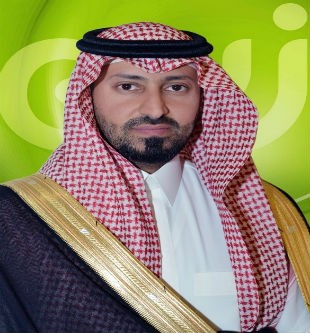 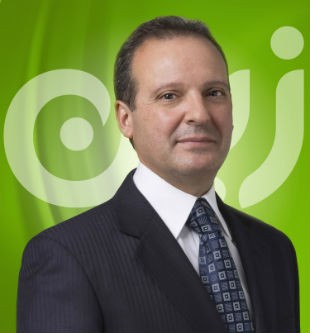 Zain Saudi Arabia delivered a stable financial performance compared to Q4 2017 despite challenging and deteriorating market conditions resulting from VAT introduction, deferment of billing arrangements, ongoing decline in international revenues due to the VOIP impact and accruals for data fees.

Whilst Q1 2018 revenues amounted to SAR 1,686 million, a 2% decline compared to Q4 2017, on a normalized basis, allowing for lower interconnect revenues due to lower Mobile Termination Rates, one off extra recharges in December prior to VAT commencement on 1 Jan and one off deferment of billing cycle to 28th day of the month as per Royal Decree, Quarter-on-Quarter revenues were flat.

Zain recorded its first net increase in total customer numbers in Q1 2018 to 8.4 M following the continuous reduction of customers in the last 4 quarters in 2017. Growth in customer numbers were driven by postpaid and MBB.

Great consumer offers, aggressive pricing and marketing activity considerably boosted revenues in Q1 2017. As similar propositions were not available in the market in Q1 2018.

Considerable drop in demand for Mobile Broadband services driven by lower customer uptake due to higher prices and ongoing reduction of international calling revenues due to the impact of OTT applications and VoIP, resulted in a 12% decline in revenues compared to the same period last year or 10% decline when normalized for MTR reductions, delayed billing and other one-off matters.

Lower Gross Profit in Q1 2018 compared to the same period in 2017 and the impact of, higher depreciation and amortization as a result of acquiring spectrum and other equipment and one-off charges in Q1 2018 relating to the absorption of VAT customer related fees, resulted in SAR 77M Net Loss overall for Q1 2018.

“We remain confident that Zain will deliver stable financial results in 2018 with ongoing focus on postpaid and enterprise customer acquisitions, prudent cost optimization and operational efficiencies, sensible network investment in advanced wireless technologies to accelerate the realization and readiness of a 5G compatible network and by taking advantage of all growth opportunities in the market, such as FTTH initiatives” concluded Mr. Kaliaropoulos.

HH Prince Naif bin Sultan bin Mohammed bin Saud Al Kabeer, Chairman of the Board of Directors of Zain Saudi Arabia said “despite the ongoing challenges that the telecommunications sector in KSA is facing, we are committed to supporting the growth in data services, strategic expansion of our network’s coverage and capacity, increasing customer satisfaction, delivering digital transformation and enhancing our brand image.”

“We will continue participating in supporting the development of the telecommunications sector in Saudi Arabia and collaborating with our strategic partners based on agreements we signed to unlock the potential for local talent for the digital transformation era in domains of cloud and edge computing. We consider our Zain brand one that creates ways to support local communities and serve sustainable growth” concluded HH Prince Naif.

To improve the capacity, quality and competitiveness of Zain’s network, an additional investment in spectrum was made in Q1 2018. Zain secured 2x10MHz of 800MHz spectrum, for a period of 15 years, for a total license fee of SAR 84 million payable in equal annual installments over 14 years starting from 1 January 2019 in addition to an annual usage fee of SAR 54 million. Zain spectrum holding comprises frequencies including 800MHz, 900MHz, 1800MHz and 2100MHz. Once such spectrum is released for deployment early in 2019, faster and more reliable data throughput will be enabled thus enriching the customer experience.

Mr. Kaliaropoulos concluded, “The efforts of the entire Zain team in Saudi Arabia, and the continued support from the Board of Directors, our shareholders and Zain Group, are sincerely appreciated. We will continue to face significant market challenges in 2018 due to economic, regulatory and competitive factors. However, we remain cautiously confident and clearly focused on our strategic priorities, delivering sound financial results and we strive to continually improve all aspects of our operations.”

The first construction area covered by 5G in the Middle East