Hisham Attar holds a Saudi Nationality. He is a Principle at Amwal Alkhaleej where he’s been with the firm since 2008. His role is focused on managing private equity investments in medium and large companies across the Middle East. He comes back to Amwal Alkhaleej early 2015 after concluding a two year role as both the acting and deputy CEO at Body Masters, a subsidiary of Amwal. Hisham has also launches several ventures in fields as diverse as medical clinics, sports services, and agriculture both locally and internationally. He graduated from Brown University (Providence, Rhode Island USA) in 2004, with a bachelor’s degree in business economics. 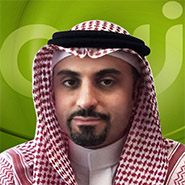